I picked up a copy of Tomorrow's War just recently, inspired by this I thought I'd ramp up the sci-fi a bit in my first game in the new house.

Regular's objective: The Regs are carrying essential supplies from one side of the board to the other, they must get these safely off-board without interception by the irregulars.  These supplies are important, the Reg force of two four-man fire teams has been reinforced by a unit of combat robots.

Irregulars: Get those supplies - they will raise big $$$ on the black market.  The money is big, so is the risk, the boss has helped reduce this by the loan of two ex-military combat bots. 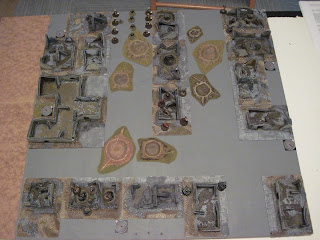 The Regs start in the street top left. Supplies are carried by one trooper, they must exit the supplies through the street bottom right.
Irregualrs start with three teams (2x6 ldr, SA; 1x5 ldr, SA,SAW) and one group of two combat bots.

Robots are Trained, Armoured (+1) with SAWs (+1) and no morale.  Damage: first hit caused a "disabled", robot goes into auto repair: roll at start of each turn on Medic table until robot auto-repairs or is 'dead'.  Any second hit is a 'kill'. 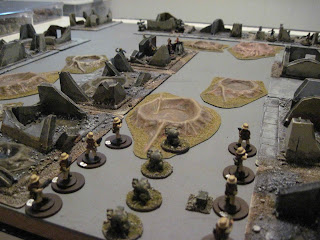 Regs looking down the street at start 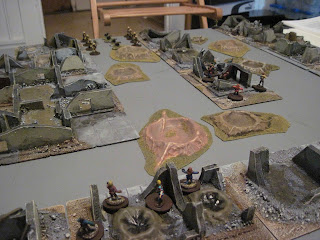 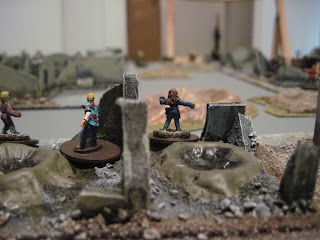 First blood to the Insurgents, they shoot a blue squad trooper and Pin the team.  Blue team responds by shotting and killing the Insurgent leader 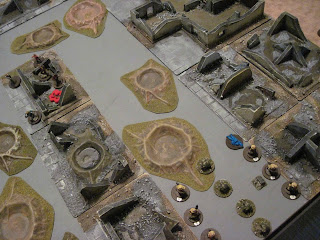 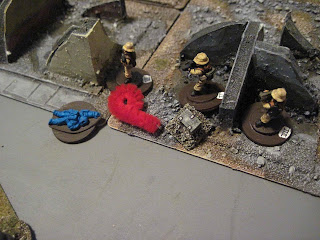 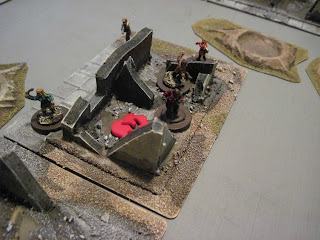 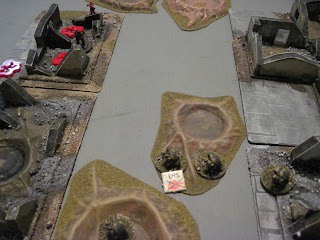 Only to be hit by massed Insurgent fire, knocking out one robot.  The robots return fire devastating both Insurgent squads (reaction and in turn) 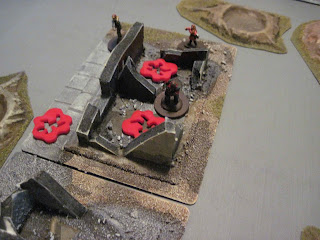 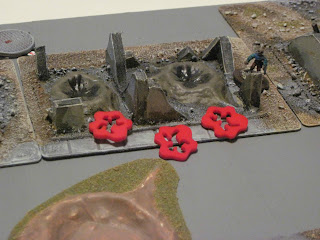 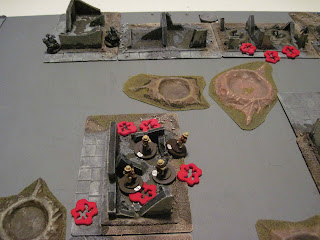 Only to run slap into the Insurgent robot ambush 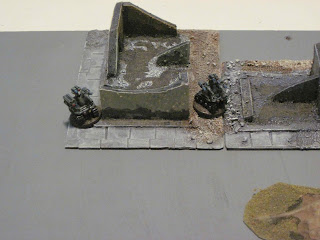 However, high velocity ACR and SAW rounds rip through the rebel bots disabling both of them 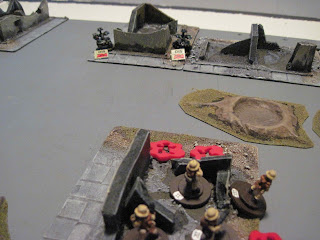 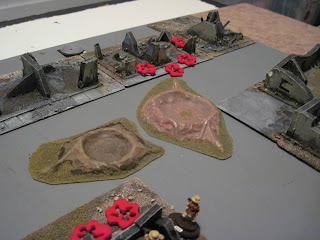 New turn - No reinforcements...
Insurgents used out of contact move to advance the final ambush team forwards, the combat robots advance down the center. 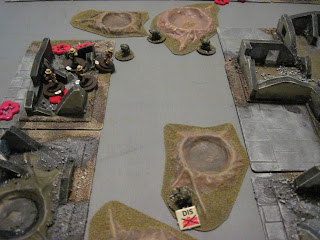 Insurgents do a horrible job of ambushing the robots and pay dearly. 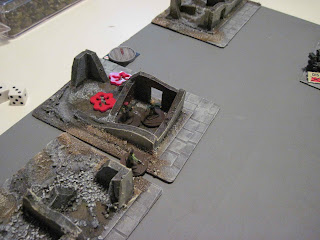 Blue team advances with the supplies, but...
...New turn, reinforcements (huzzah!), Blue team don't do a great job of clearing buildings as they advance and land in among a group of Insurgets 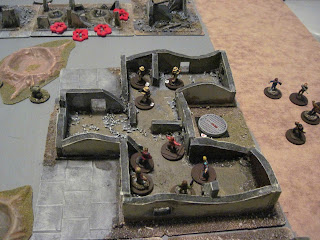 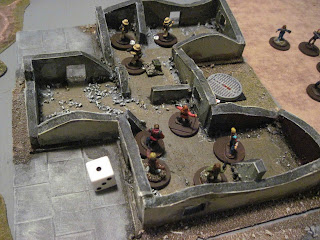 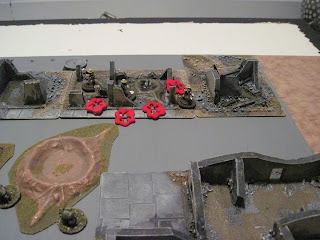 In the center one of the rebel bots reactivates, temporarily at least. 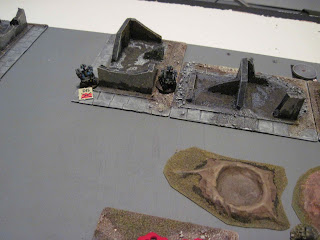 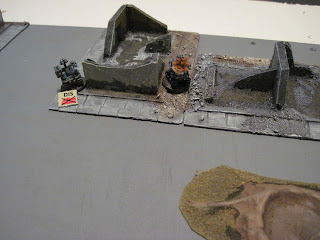 The combat bots advance to secure the road junction 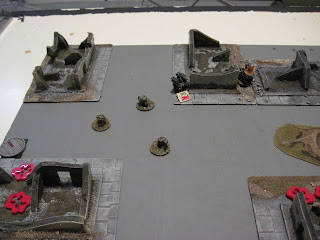 Red team advance to the final Rebel Combot and shoot it up, knocking it out 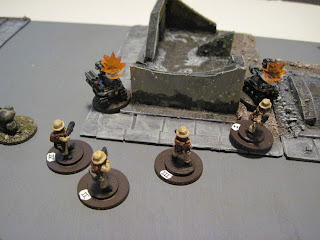 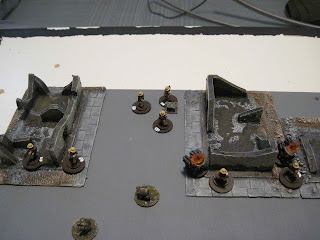 A very quick, fun game to kick off gaming in the new house.  Other than the robots this was straight AA, right now I'm thinking adding in all the extra sci-fi kit related bonuses in TW might be a tad too one-sided for these types of games.  I guess I have to try it and see.
Posted by Stuuh at 10:17 PM