THEY are comming! RUN!

A short teaser, no time to play today so I set up a game to try to play over the next couple of days.  I'm going to give Tomorrow's War a go. 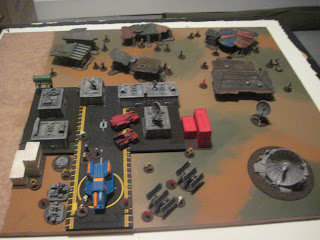 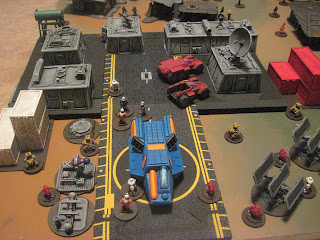 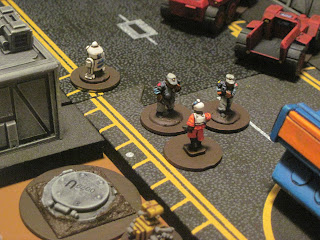 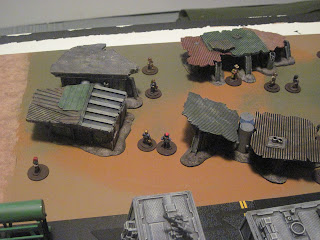 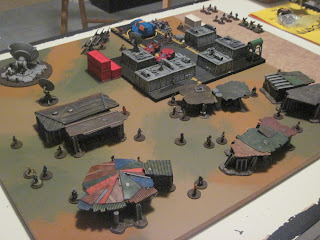 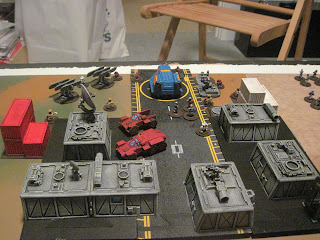 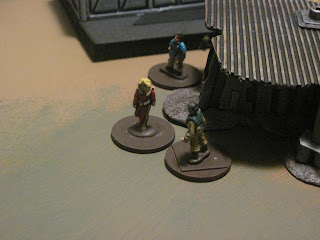 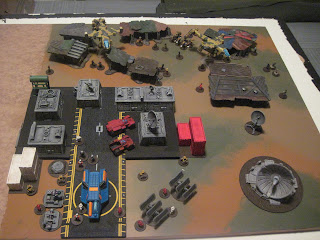 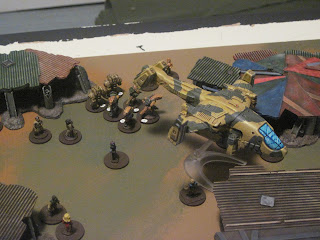 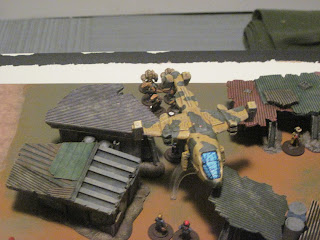 Garn Raiders hit a small research outpost.  Goal, get into the command center (with dish), download data and escape.  Force: 2 Ganrn raider teams plus a 'DropBear' Robot group.  Humans three teams, 2x security, one scientific, one group of heavy mechs (normally on patrol around base, are rushing back to base to defend it - will arrive on turn TBD).