Sweep and Clear - an AAR

Table: a shanty that has grown around an old MNU base (staffed only by robots these days) 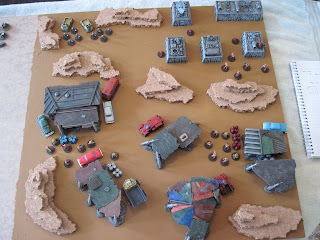 Regulars deploy from GEV transports ready to search for weapons. 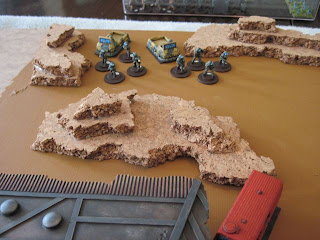 Insurgent groups spread through the shanty 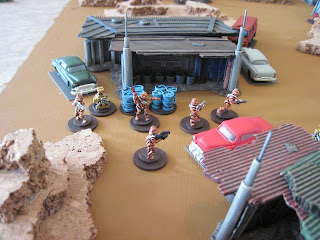 Regulars move into the shanty 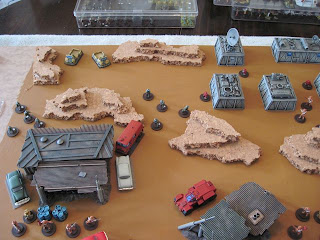 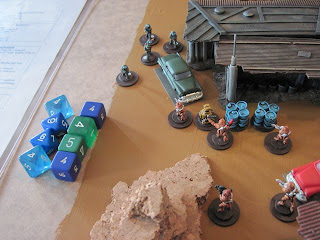 ...who pay for the ambush 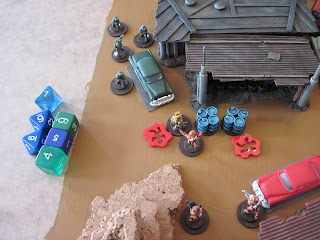 Regulars move into the center of the shanty 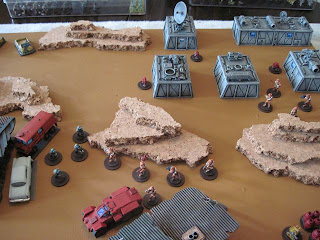 And eliminate an insurgent group (casualties then break morale) 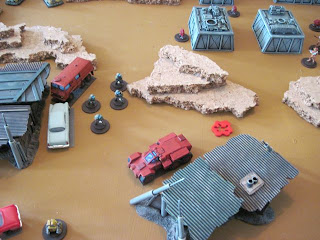 More insurgents flood into the area 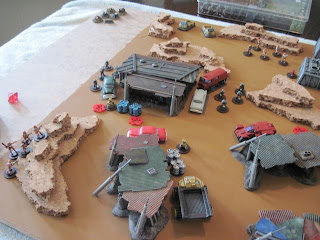 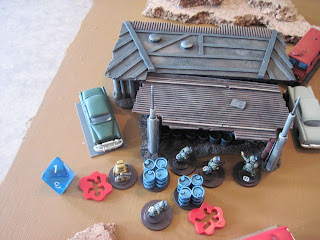 In the center of the shanty regulars come under fire 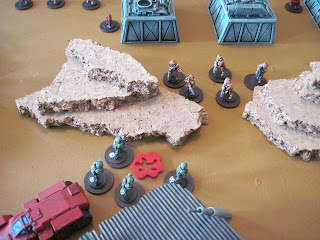 Regulars make the insurgents pay for the ambush 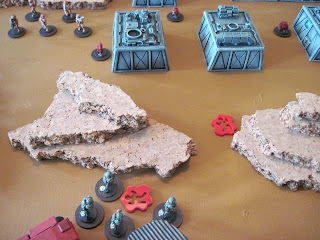 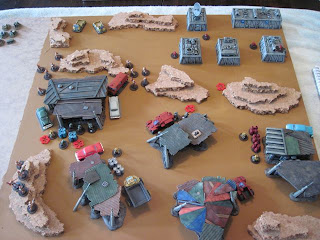 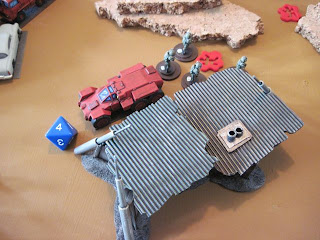 Insurgents use the heights to their benefit 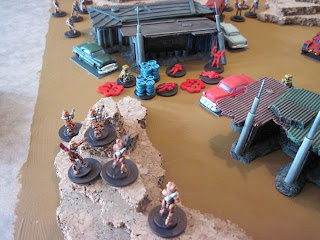 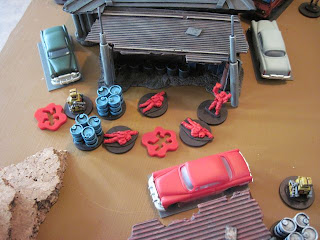 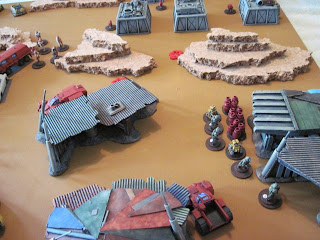 Next turn they search for weapons and uncover the Prawn's cache 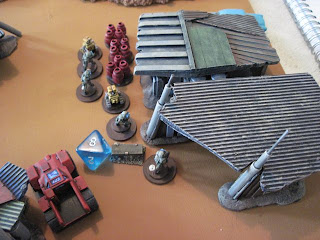 VTOL inbound - Prawns scatter rather than be gunned down from th eair. 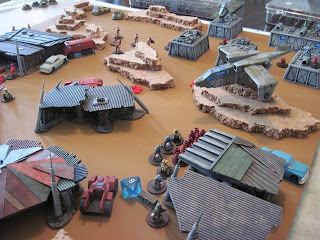 Game over man! - pretty closely fought game, Regulars won because of a successful move interrupt, if it had failed things would have been less rosy for MNU.
Posted by Stuuh at 4:14 PM