Summer's over, time for autumn/winter hobbies to pick up again.  that means some soldiers to paint (I'm aiming to run a game at the GZG ECC so that's to plan for) and some games to play.

Wargaming has been ticking over this summer on side projects:
But anyway, on to gaming.  I got some Worldworks streets set up on 6" tiles and decided to christen them with a game.  Its an adaptation of one of the Ambush Alley book scenarios.

Outbreak: Time to fight back

The continued push against the bug invasion.  Clones are pushing across a deserted city to establish a new security perimeter.  F-clones plus "little Brother" robots are pushing to secure the top-left most building after deploying bottom RHS 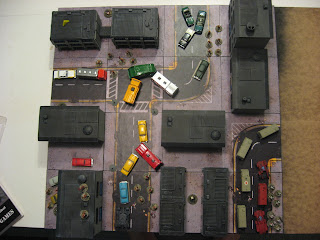 For now, a quiet part of the city.  Clones deploy bottom RHS, bugs push across in response 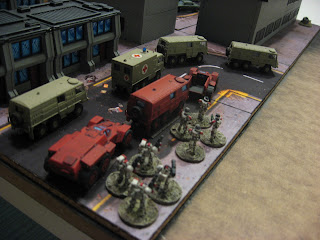 Clones use an abandoned UN convoy for cover 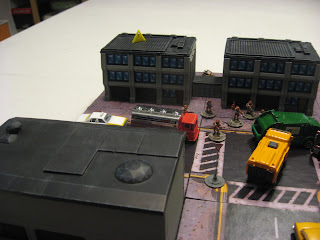 The target, the clones intend to set a cordon using this building as a corner 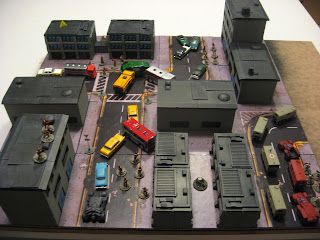 There are quite a few bugs active in the city 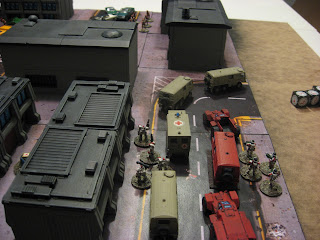 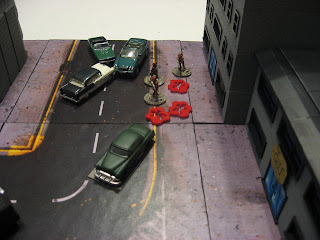 And beat the interrupt of a bug group, wiping three out, forcing the remainder back into cover 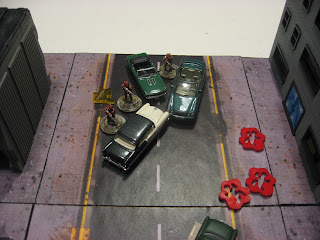 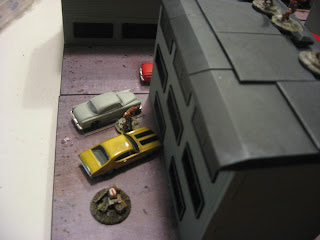 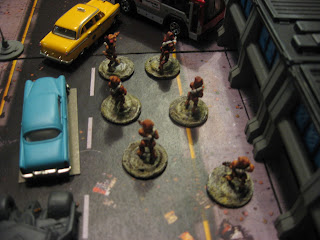 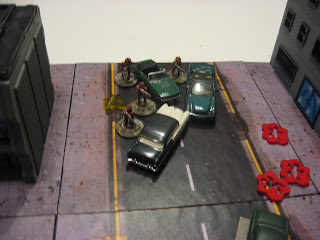 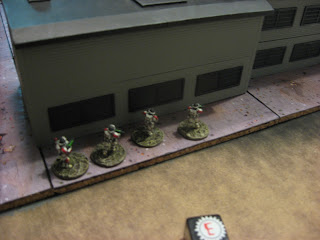 The clones sprint to secure hotspots 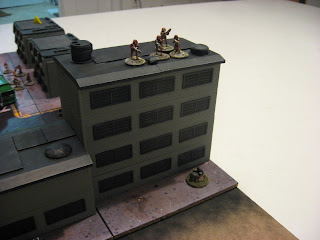 Bug reinforcements appear to their front 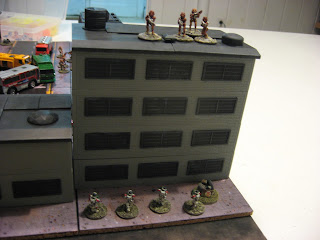 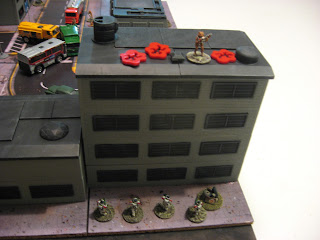 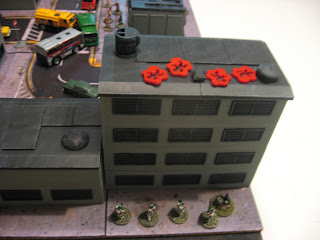 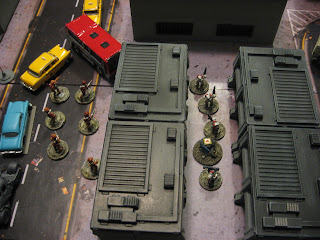 Robots push onto a second hotspot 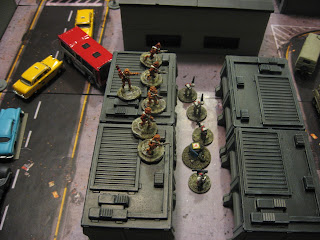 Bugs rush to ambush the robots in the open 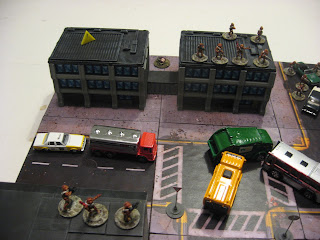 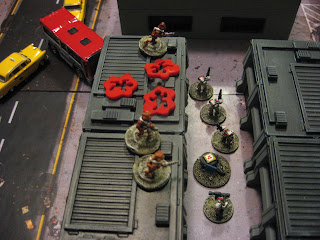 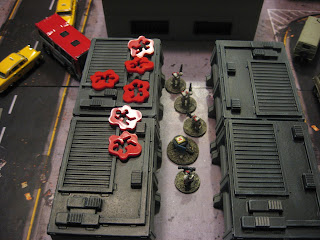 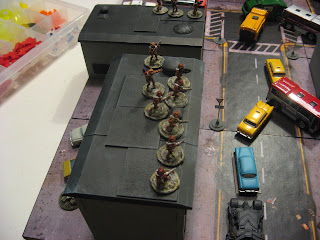 More reinforcements appear, but fail to interrupt the relentless advance of the robots 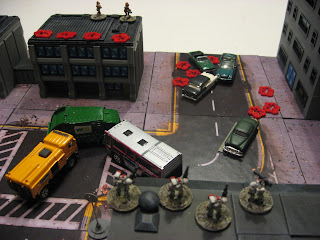 Who continue to mow down bugs 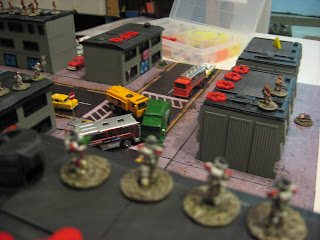 The clones get in on the act too, long range gunnery clears the central area 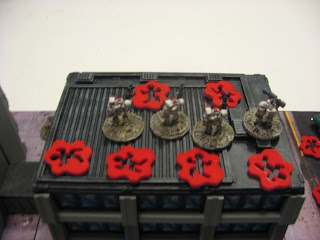 Enabling the robots to assault the remaining bugs 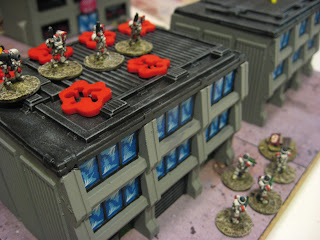 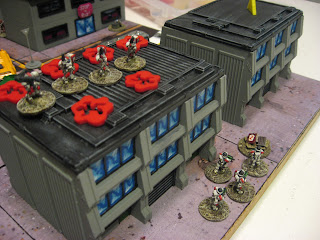 Neatly annexing a hotspot in the process 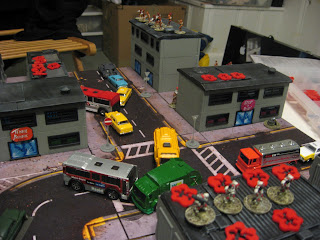 The Robots cover the city 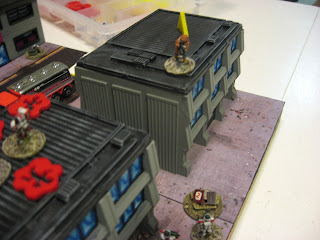 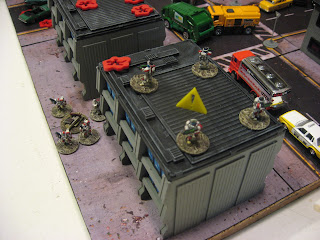 But, again, not for long.  The clones advance into their target building and start fortifying it to create a strong point for the continued push into the city 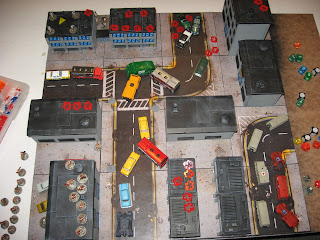 This was meant to be an easy game to remind myself of the rules. It was, but in retrospect it was too easy, I used Q=D10 for the clones and Q=D6 for bugs, the two die shift is hard to beat, leading to the skewed result.  Next time only one die type difference unless its a last-ditch effort against a horde.

p.s Sorry photos are poor, I'm using the old camera and as I don't have a tripod the lighting needs to be a LOT better.
Posted by Stuuh at 11:28 PM