Snatching Defeat From The Jaws Of Victory

This time at our simplified version of X-wing. 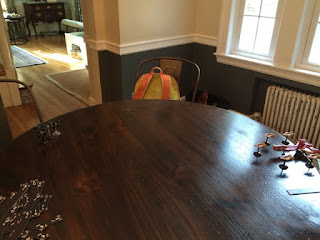 A simple scenario, Rebel a-wings are escorting a shuttle off the table.  The Imperials ambush and intend to destroy the shuttle.  Imperials have 3 Ties and a Tie bomber, Rebels have 5 A-wings, shuttle is unarmed 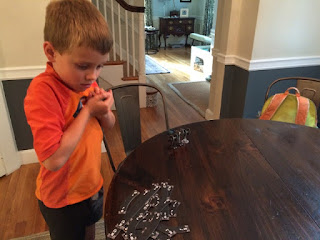 Mmmwwuuuhaha, how shall it begin? 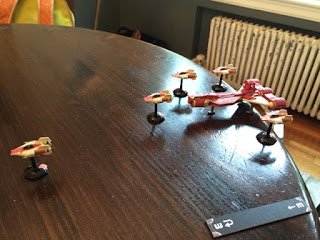 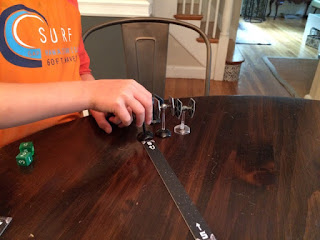 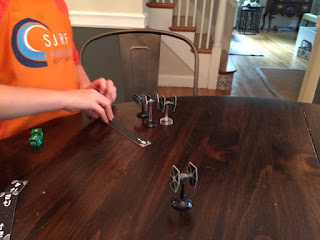 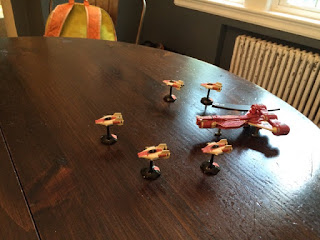 A-wings deploy to protect the shuttle 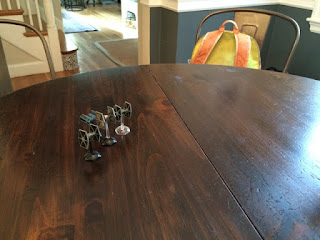 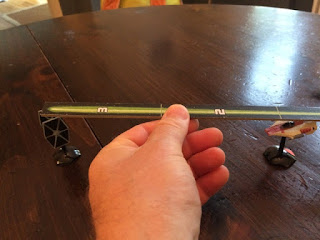 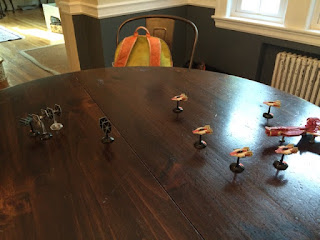 The formation starts to loosen 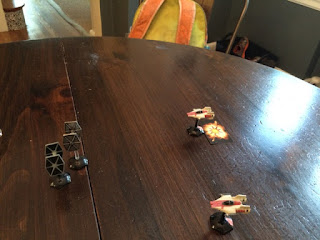 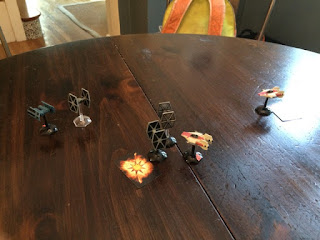 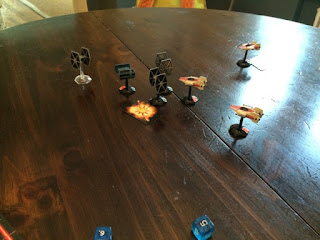 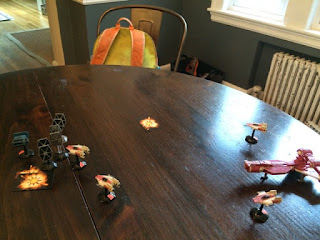 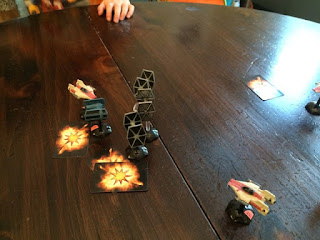 Ka-Boom, another A-wing is taken out 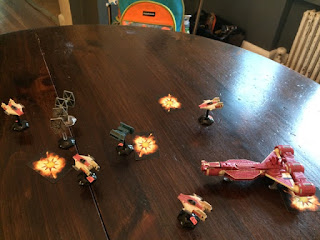 The Tie-bomber rains plasma down on the shuttle 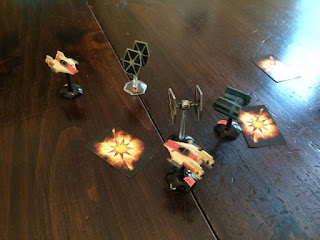 A-wings take out a Tie fighter 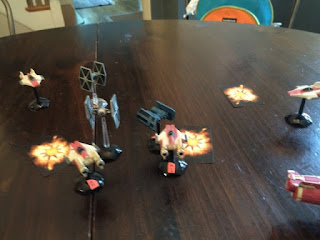 A-wings then focus on the bomber (for the scenario, only the bomber and Tie flight leader can damage the shuttle) 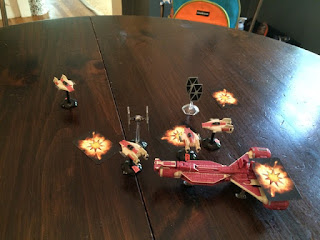 A-wings destroy the Bomber!  Victory is mine! 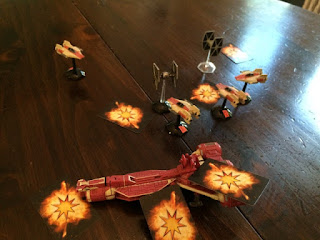 The Tie flight leader rounds on the shuttle.  To destroy the shuttle the boy needed to roll two 6s on three dice... ...and he rolls two 6 and a 3.  Victory denied!

So near, so near.   But what the heck, it was a really fun game with the lad.  Next time we'll see if the Rebels can do better.