Remember the moonbuggy, this one: 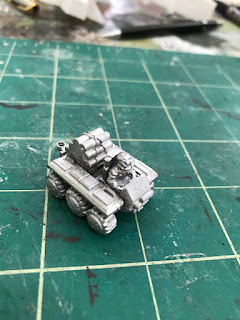 It got me thinking about what Moongrunt could be, so I used my GZG voucher from Xmas and bought a bunch of toys.  I then spent an age gluing all the little fiddly bits, plus my fingers, together.

So now I have two Moongrunt forces: 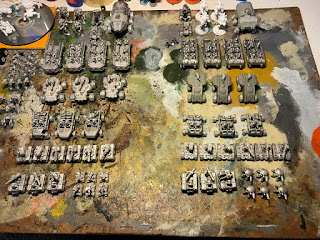 Both sides, they are essentially equal.  I will probably multi-base the figs so I can use them with Hammer's Slammers rules.

All those moon-jeeps and jet-trucks were a pain to assemble... 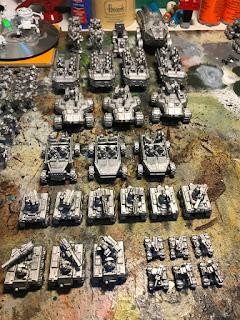 Force One, with mechs and Command at the back 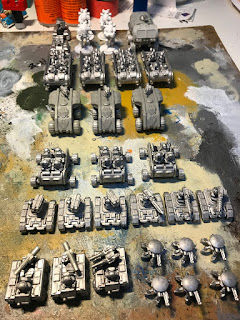 Force Two, same order, different armour and mechs.  Both forces have a bunch of infantry too 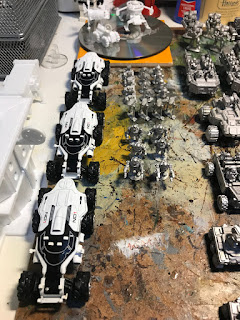 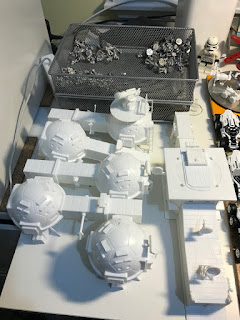 For scenery I managed to pick up an old UFO-moonbase kit and modded it up a bit.  Base personnel and Infantry in the wire baskets at the top. 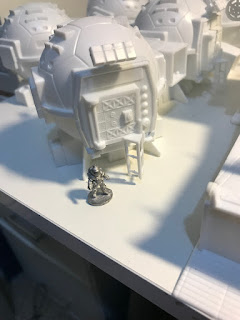 A module as a stand-alone structure.  It turned out these scale well for 15mm.  I also bought a moonscape base-mat and will probably try to get stuff like a Space 1999 Eagle or two.

Next, once the humidity scales back a bit, an awful lot of white primer and paint!
Posted by Stuuh at 9:51 PM