Houston we have a problem...

I like playing soldiers with the kids but Mini-Me Minor can be a little 'accident-prone'.  The problem is he loves playing with my Aliens drop-ships from Galoob (who doesn't!).  Anyhoo, as these are about as rare as hen's teeth and twice as expensive I've had a search running on Ebay for a while for an inexpensive one for him to play with.

The search got a hit not long ago, I managed to be the only bidder on an inexpensive one in great "played with" condition.  Mini-Me Minor was overjoyed. 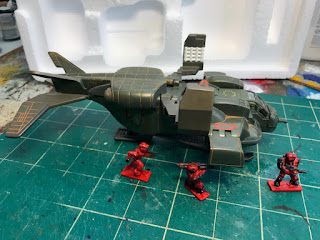 While looking at the results of the search one day I saw a new manufacturer of drop-ships.  The blurb and pics looked promising so I went ahead and bought one (OK, I bought two, I do need to drop a platoon at a time after all)

The manufacturer is EagleMoss Collectibles: 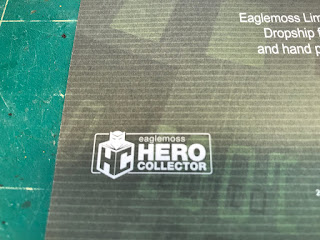 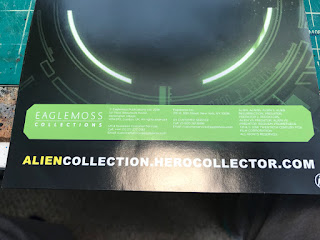 I'd never heard of these before, turns out they are into making movie-based collectible figures.  Enough preamble, onto the dropship! 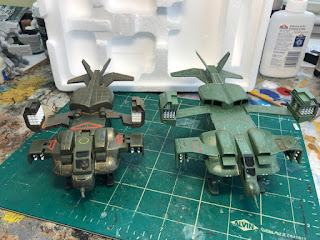 The EagleMoss (EM) ship is slightly larger than the Galoob one.  The EM one is also better scaled than the Galoob toy.
The toy has overly large joints and cockpit and is kind of squashed in length.  It is clearly built to withstand play.  Despite this, this has been the go-to standard for many years, its painted and decalled well and fits reasonably well for a 15mm dropship. Unlike Galoob, EM modeled their ship in a static manner, the wings, rocket pods and landing struts do not fold.  It is also painted in a brighter green than it should be.  Regardless, its painted well, with weathering and extensive decals.  Befitting its nature as a model, detail and scaling is far superior to the Galoob toy. 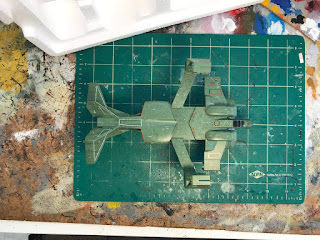 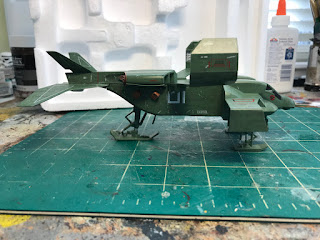 Painting and decals are neat and well done 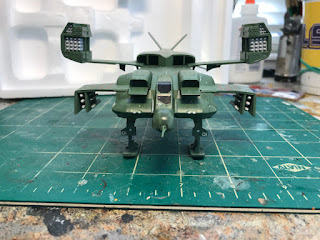 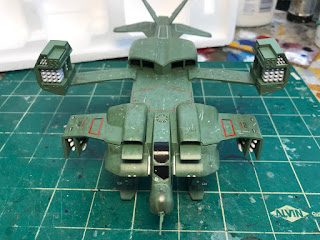 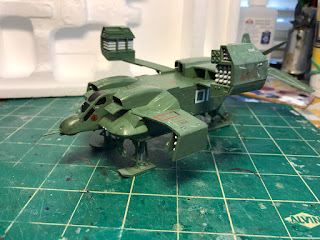 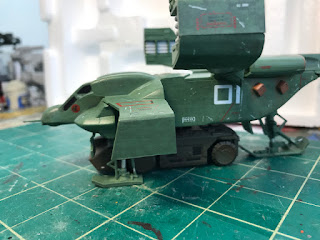 But is it big enough for an APC?  This is Konami M577 under it (its the same size as the FATC resin ones) 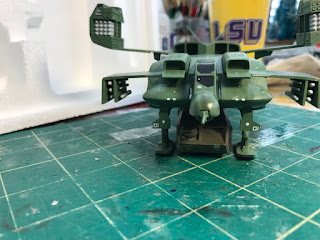 From the front its a close fit, but a clear fit 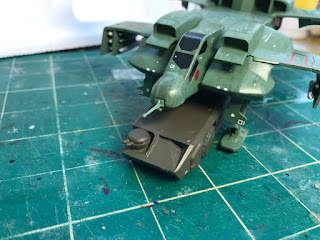 There is enough clearance for the APC to deploy 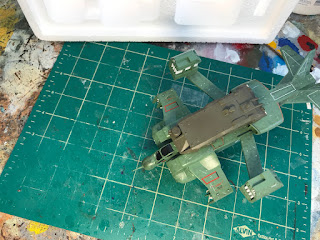 From the top, the APC is just a bit too big, so its not 1:100, but its close enough for wargaming! 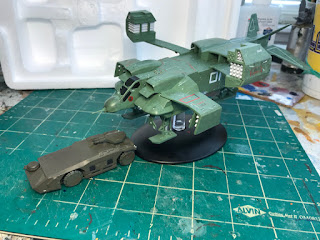 The EM dropship comes with a short flight stand and base 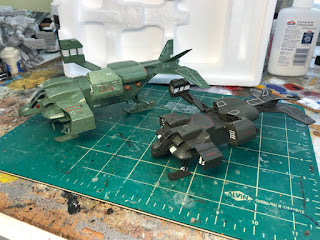 Its way larger then the NECA ships.  3/4 aspect 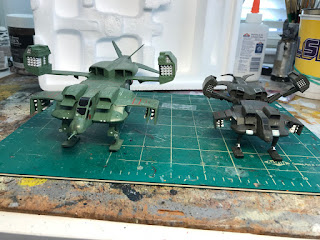 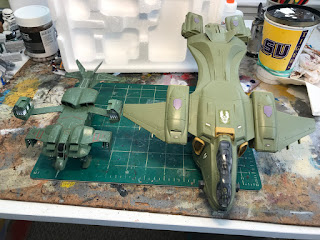 but its still tiny compared to a 1:100 Halo Pelican (Revell) 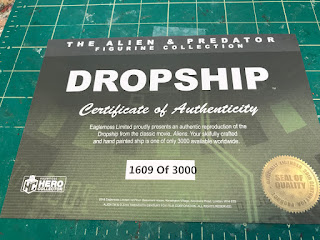 Here's the rub.  EM are into collectibles, so it looks like this is a limited run kit with, as this certificate shows, a run of 3000.  As this looks like its a worldwide limit then these will end up harder to find than the old Galoob ones.

If you have a 15mm Colonial Marine army I think these EM dropships make an excellent add-on, but given the limited run it may be worth checking them out sooner than later.