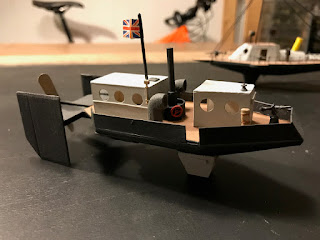 Following on from the last post: This is the best wargaming-related gift I have ever received.
It came about because I originally commissioned a custom Aphid Gunboat (its behind the steam launch).  I was so pleased with the result that I was showing my then girlfriend how great it was and it's original source, the Space 1889 rule book.  Little did I realize that she was actually paying attention.  She managed to find the guy who build the Aphid, sent him pics of the steam launch then had one made for me.  What a fabulous little thing it is too, as is she, so I married her... 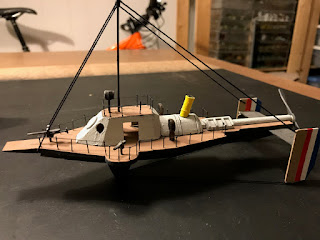 15mm Aphid Gunboat, the ship that started it all.  Straight from the pages of Space 1889, its a beauty, fully custom made. 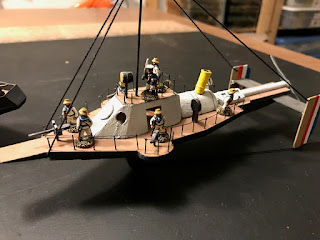 Aphid crewed and ready for launch, I don't recall the manufacturer of the figs, Minifigs maybe? 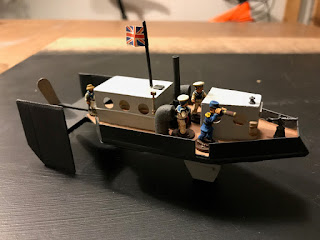 Steam launch's small crew preps for a voyage.  The steam launch saw extensive service either as a Royal Navy ship, or as transport for adventurer parties in VSF games (we used TSATF or GASLIGHT) 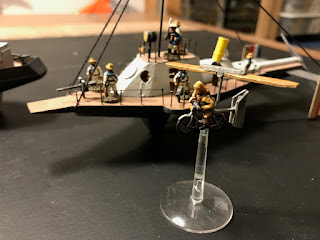 In the same box as the ships, a bonus find!  A courier from Her Majesty's Aero-Bicycle corps races past the Aphid.   There's a ton more VSF in storage, from raptor-riding Bengal Lancers to Hunters with unfeasibly large guns and Martian death machines.  I guess one day I have to dig the toys out and play some VSF games.