Mini-Me Major has been pouring over my old Judge Dredd comics.  Since he was so into it I offered to set up a game for him. So here we have: 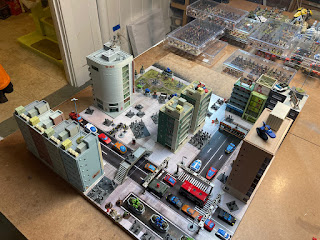 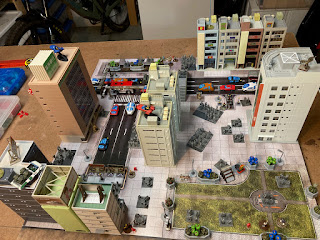 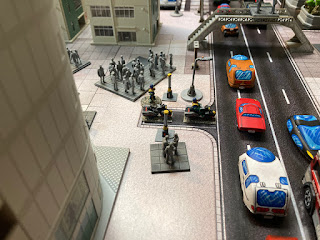 Judges on call in a watching bay 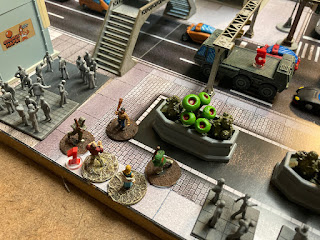 A low Crime day, a Tap gangs works the over-sked 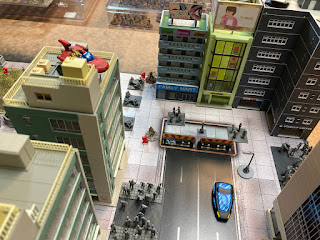 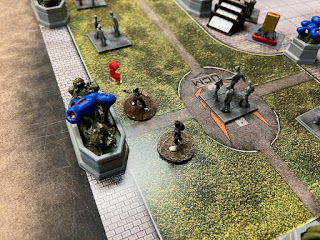 A vigilante patrols the park 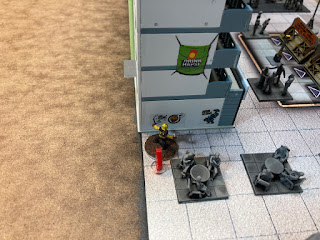 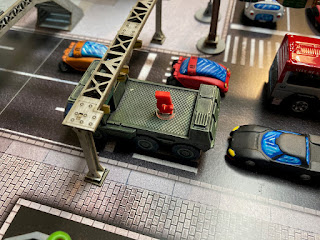 And a slowster holds up traffic 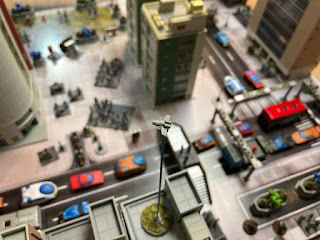 Up above the spy-in-the-sky cams patrol 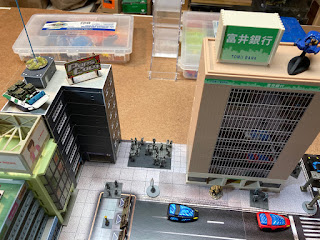 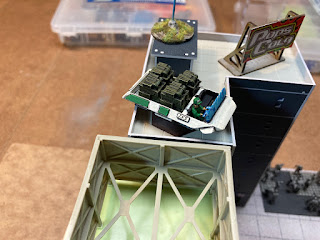 A heavily laden grav courier heads towards the bank...

And with out  even checking out the table then Mini-Me Major decides he doesn't want to play soldiers today.  Bummer, but that's 11yr olds for you.  I guess its a solo game for me then...