Who would have thought that we'd be in lock-down for a year?  Well we passed that anniversary recently, amid some downright poor weather here in the NE.  So what's been going on then?  Another cancelled GZG ECC, bummer, too many Zoom/Webex meetings and a lot of staying warm... 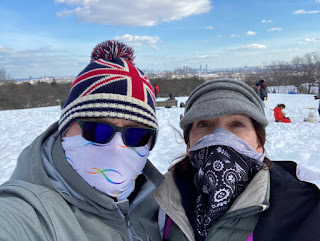 We still got out a lot, even the Mrs OA, who famously hates winter, got outside this year 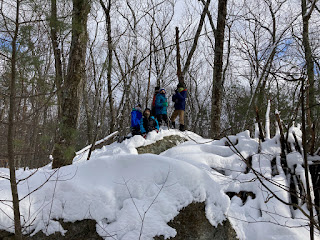 We went hiking with the Cub Scouts (mini-me-minor) 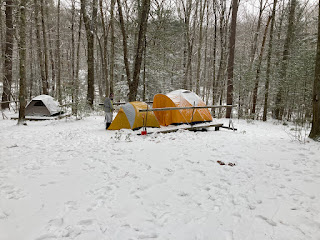 As soon as we were allowed to, we went camping with the Scouts (mini-me-major).  This was the fisrt time we'd been out of the house overnight in nearly nine months...   ...even though it was sub-zero overnight 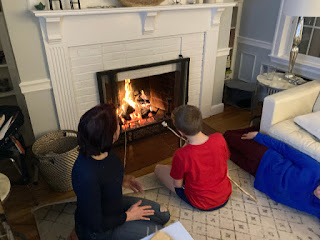 The cub-scouts couldn't camp so we had a Camp-In, mini-me-minor built a camping fort in the den then they lit the fire and we had S'mores 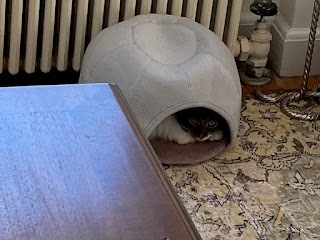 But the cat summed it up well, she wasn't comming out of her yurt until it was warm... 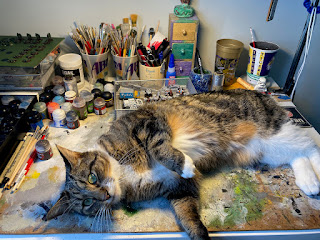 ...or a least until I picked up a paintbrush 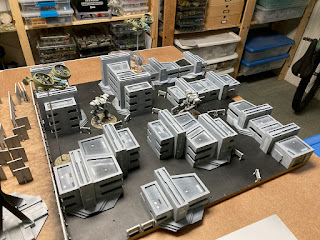 Onto soldiers.  I did get some solid work done on the AA crusty set, its 'almost' finished.  I also got some new sci-fi buildings so I pulled out the airbrush and got painting.  Now the basement is warmer I may even play a game or two