Hopefully we are going to be back to the GZG ECC next year!  So, its time to plan...  ...I was thinking of a bunch of different games when a new batch of toys arrived in the mail.  It could be this lot needs painting soon-ish.  There's a guy on Etsy (Daniel33058) making some nice 'inspired by' VSF flying ships 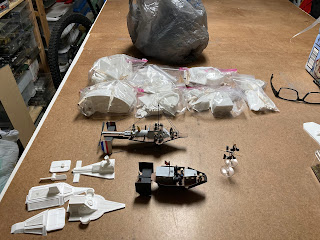 So last night I dug out what I had and started puzzling. 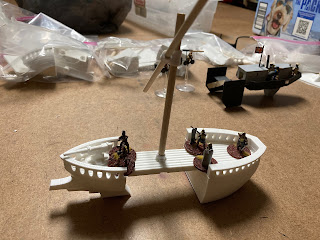 The ships are well done, in decent size for 15mm tabletops, this one is the medium wind kite.  The figs are more of Mark's 15mm scifi, maybe Black Tree? 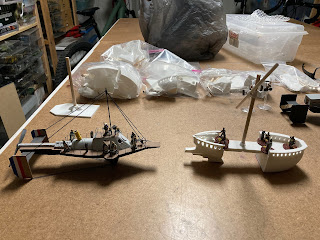 The kite is a nice size, especially as this one is the medium one.  I have enough Martian ships for a decent flotilla. 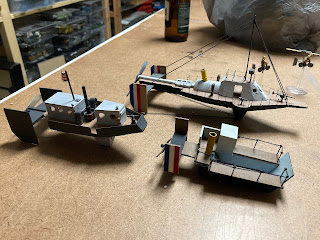 I don't have many British ships, so I got digging to see if I could find my other VSF kit, and I came across the Launch I made, its inspired by a WWII landing craft 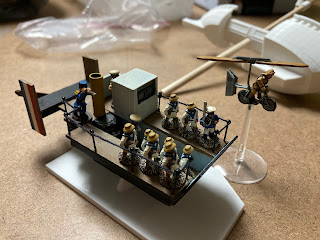 Here it is packed with Naval Brigade troops ready to assault a Martian villa, recon is provided by the Aero-Bycicle Corps (there's only one as I've lost the rotor for the second, more digging to do) 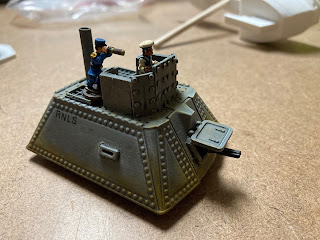 I was inspired to keep digging, I found my mini-Leviathan, I was inspired to make this based off the old Major Tremorden web site.  Its a McDonald's toy with odds and ends from the bits box. 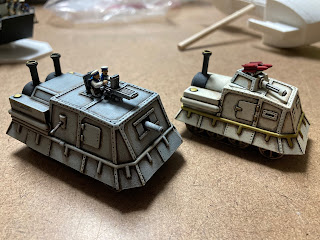 More land ships, these are from Black Tree (I think?) too.  Crew may be Peter Pig. 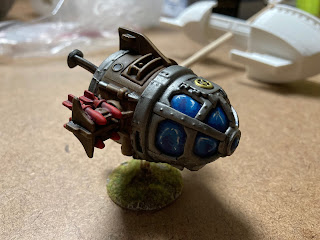 This is my Aether Lander, it started life a Disney Movie toy (Atlantis?), with added greeblies.  Here in flight 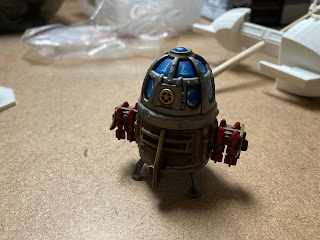 So. I'm thinking a VSF game may be fun, its been a few years since I've done one, however, Martin and Steve have run nice VSF ship games in the past, so I'm not 100% on doing this.  Got to do some more puzzling.