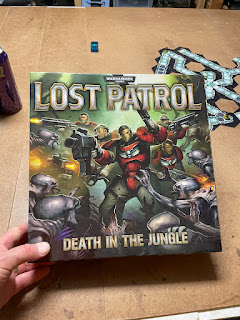 The idea of this (long forgotton?) GW game appeals to me, its an exploration, lay-tiles-as-you-go, game of scouts and tyranids.  Unfortunately, the rules stink, its nearly impossible for Marine players to win, however, its a tile-based game, so sub in SpaceHulk rules and 15mm figs and its sort of a travel space hulk 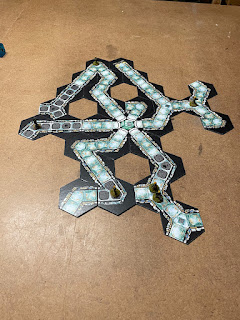 Especially when there was a fan-made version of space hulk tiles, these I downloaded and stuck on wooden tiles, I use my old Freikorps Marines and some GZG Aliens 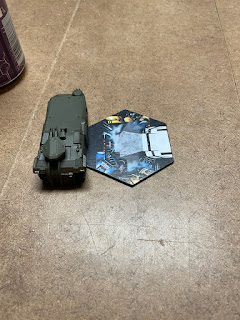 In the original, the goal is to get to the dropship.  Here as I have one, its get to the exit and the waiting APC (Konami in this case) 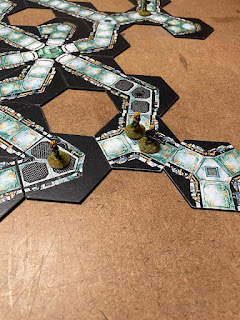 Mini-Me-Minor wanted to play, he stared out strong 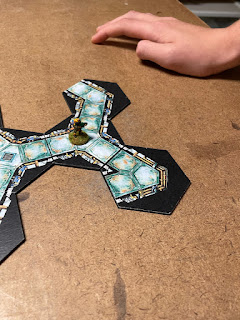 Did some good advancing To find the APC with two marines 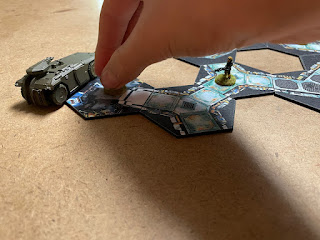 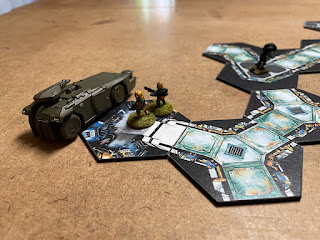 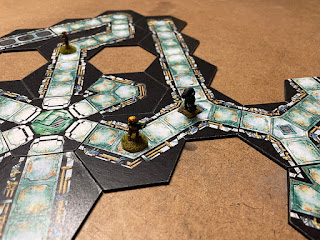 Unfortunately, the remainder of the squad had less success exploring 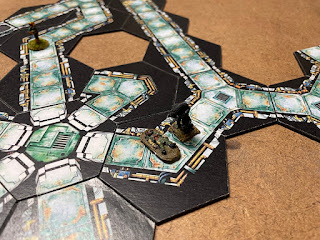 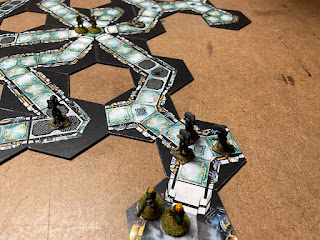 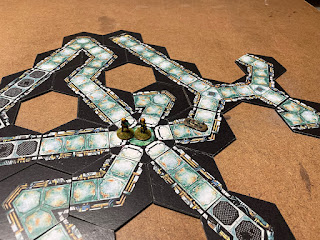 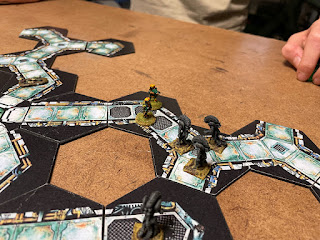 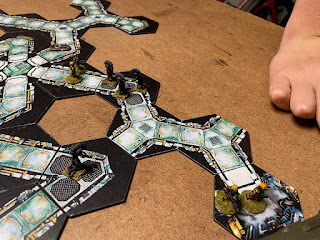 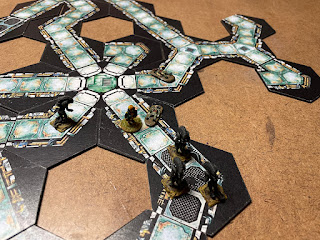 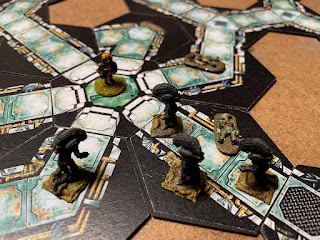 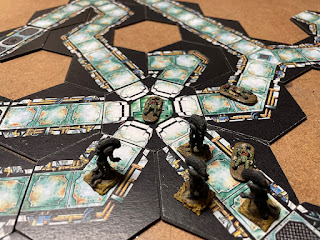 And its Game over man, Game over! 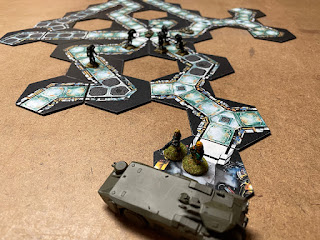 So two marines got out.  Its way more fun with SH rules than Lost Patrol rules.
On another topic entirely, its time for ECC GZG Con planning, I think this year I'm going with Aliens, in 20mm.  Time to use all these new figs in a big game 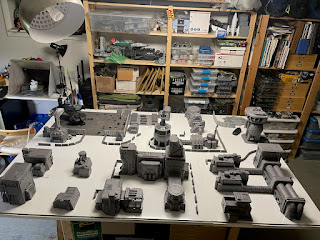 Ah, Etsy, you are such a temptress.  Lots of new terrain from her. 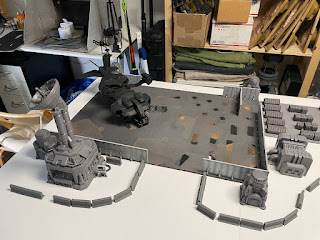 Plus a new 1/76 Cheyenne dropship 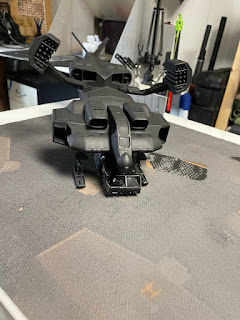 Sweet! My old 1/72 APC fit underneath!  And yup, those wing pods DO retract, th efront misse wings don't open though, but still its great for a fan-made 3d print, and WAY cheaper than getting an unobtaniun Aoshima version.
Its in the paint shop today, as are the APCs to match colour.
Stay Frosty Marines!